A restaurant owner in New York City got emotional as he thanked Barstool Sports founder Dave Portnoy in person for helping him stay afloat amid the coronavirus pandemic and shared his message for other struggling small business owners.

Standing in front of his diner of more than 20 years Johnny’s Luncheonette, John Pilatos met Portnoy, who started “The Barstool Fund,” which, as of Sunday afternoon, raised about $29.4 million for 175 small businesses from 203,601 supporters, including several celebrities.

“He had a moving story,” Portnoy told Fox News’ Brian Kilmeade before he met Pilatos.

Portnoy launched the fundraising effort with the nonprofit 30 Day Fund for small businesses impacted by COVID-19 in a Dec. 17 tweet and contributed $500,000 of his own money toward the effort. In the tweet he announced that businesses could submit stories to barstoolfund@barstoolsports.com to be considered for the fund. 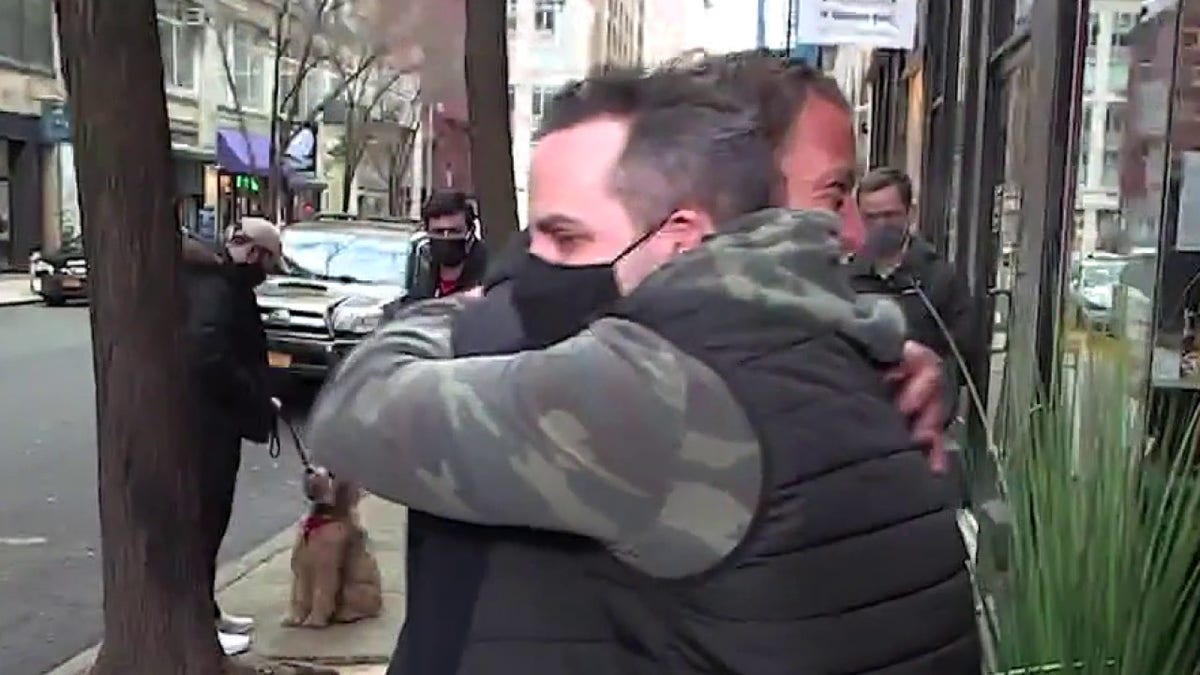 Portnoy has been sharing video submissions from small business owners asking to be part of the fundraising effort on social media.

He has also been sharing videos of business owners’ reactions to news that they have been chosen to take part in “The Barstool Fund,” with several, appearing to get emotional after hearing the news, often from Portnoy directly.

In his emotional video submission, Pilatos said his diner was typically at full capacity all day before the onset of the coronavirus pandemic, but now he says it sits empty due to a ban on indoor dining in New York City, which he described as “sad.”

Pilatos got emotional as he talked about his father passing away the week before, saying his father, who helped him start the business, taught him everything he knows.

“We need the help right now,” Pilatos said in the video, specifically to pay rent, which he said was a little more than $10,000 a month.

He got a call from Portnoy on Christmas, saying he was going to be a recipient.

“I feel like I’m dreaming right now,” he said on the call with Portnoy.

In a video that aired on “Fox & Friends Weekend” on Sunday, Kilmeade and Portnoy went to Johnny’s Luncheonette and spoke to Pilatos, who explained that he was “struggling” since the initial indoor dining ban in New York City in March. 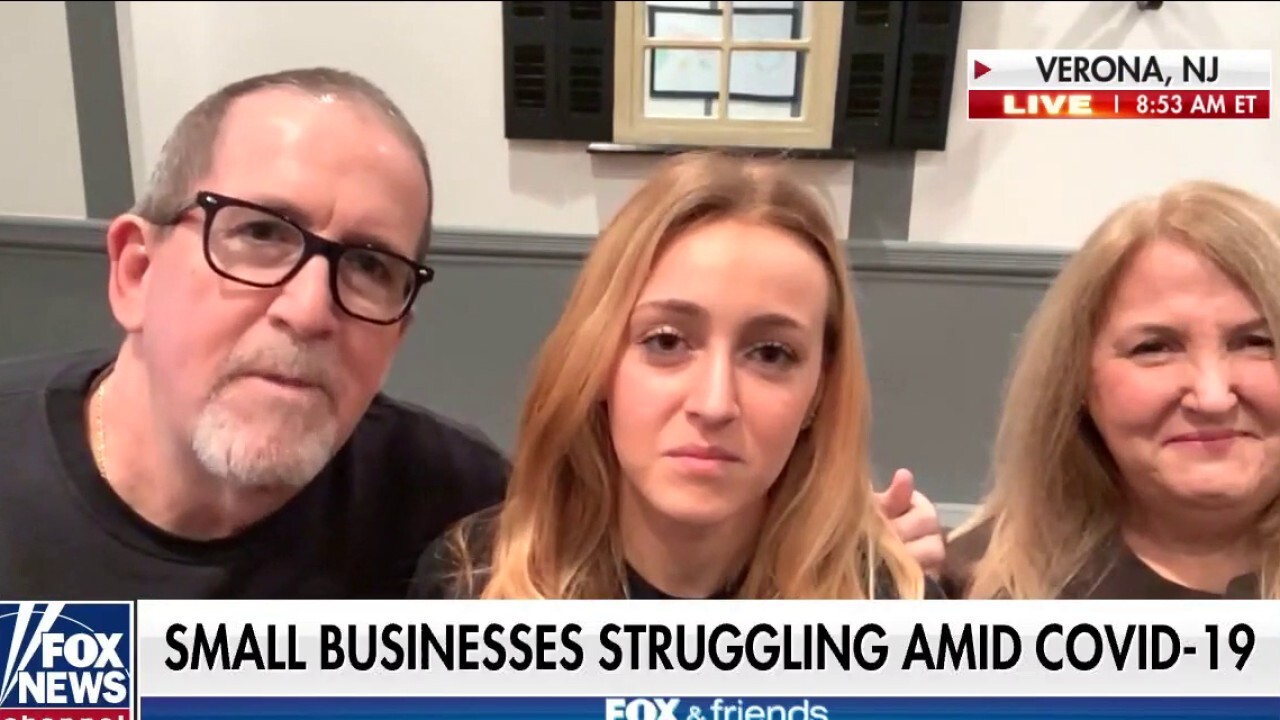 Family restaurant in New Jersey gets help from Dave Portnoy’s ‘Barstool Fund’Video
“I closed for five months. I basically thought that was it,” Pilatos said.

“The cold weather settled in, indoor dining closed and then it just deepened the wounds,” he continued describing the latest indoor dining ban.

He told Portnoy the financial support from The Barstool Fund helped him especially since “I was three months behind on rent.”

He then had this message for other small business owners: “Don’t give up hope.”

“We’re all suffering here. We’re all together,” he continued, acknowledging that he was “fortunate enough to have Barstool come and take care of me and my business.”

Speaking with Kilmeade Portnoy said, “When you see the reactions of these business owners and you see the stress just wash away and they break down, you can’t ignore that. Doesn’t matter who you are.”

“You see what they’re going through, the struggle, everything and it’s the other side of this pandemic,” he continued, adding that is why he believes “this thing has gotten so big.” 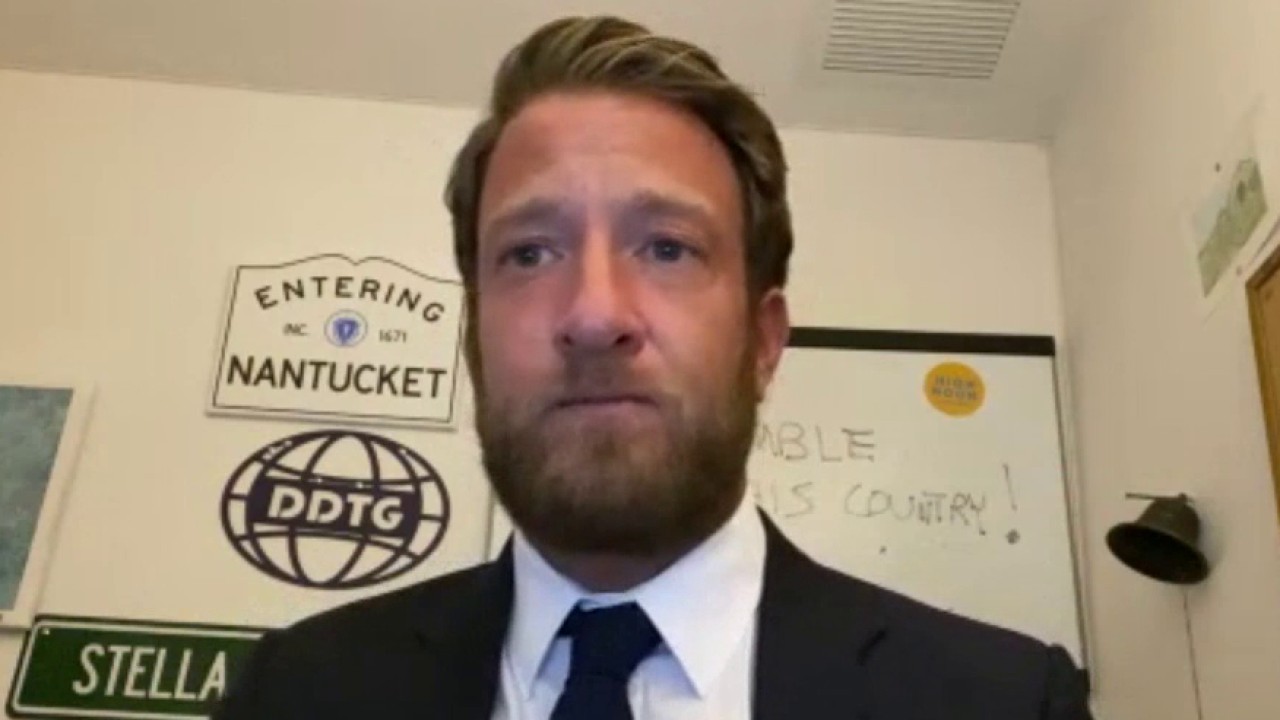 “When we started this fund, I never dreamed it would in three weeks be $27 million and I would be talking to Aaron Rodgers on the phone,” Portnoy told Kilmeade.

“I talked to Sylvester Stallone, Kid Rock and Aaron Rodgers in the span of 15 minutes and they all called me.”