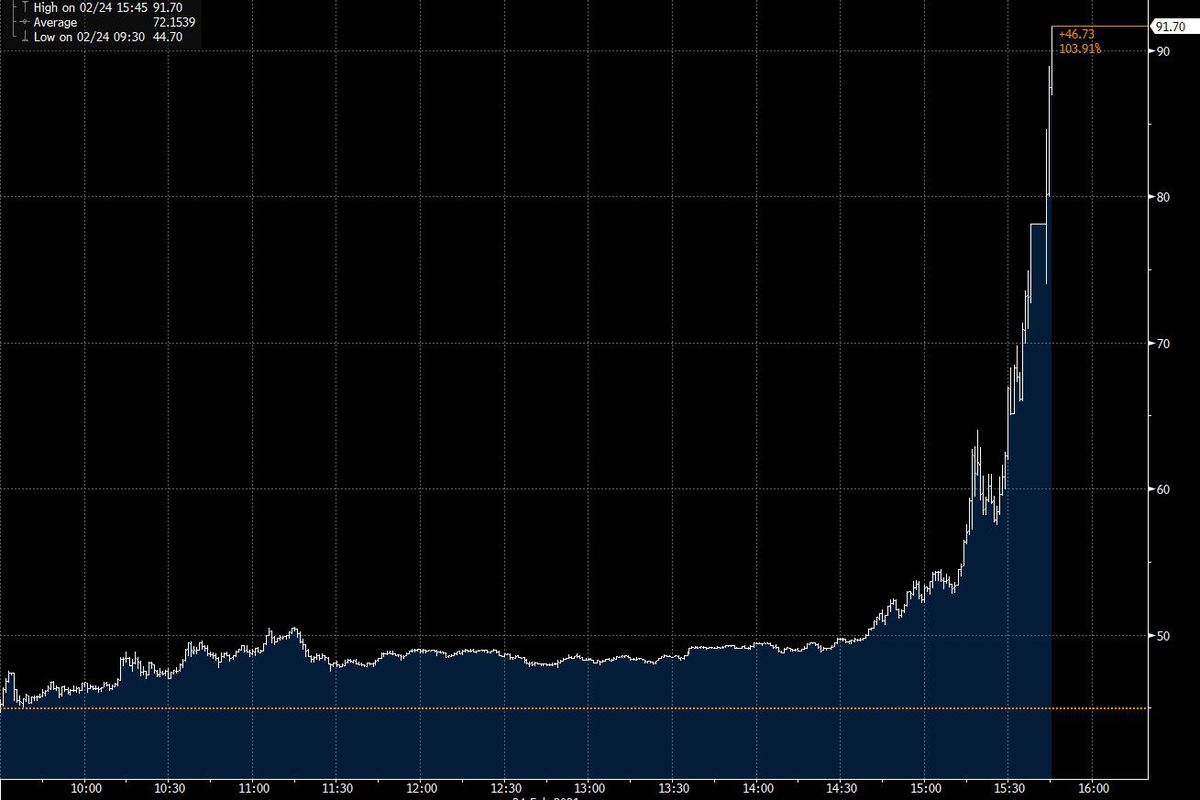 GameStop is up… again, by a lot. Before market close on Wednesday, the video game retailer’s shares started to soar, and GME just closed at $91.71 — up nearly 104 percent for the day.

It’s the highest the stock has been since it fell back down to Earth at the beginning of the month following the unprecedented, Reddit-fueled rally that sent it as high as $483 a share. Over the course of the afternoon, trading on the stock was halted twice.

It’s not exactly clear what’s happening here. But one group is celebrating: r/WallStreetBets. The community of retail investors is ecstatic at the results and hailing the jump as proof that the GME rollercoaster ride isn’t over yet. There’s so much interest in the community, it seems, that it’s currently buckling under the load of incoming traffic. 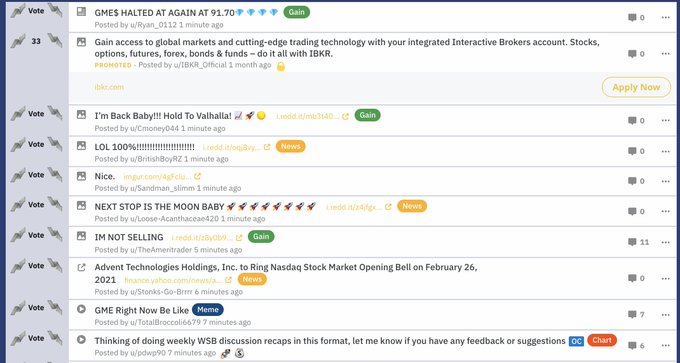 A number of events this week may be contributing to the rise. For one, GME advocate Keith Gill, known online as Roaring Kitty or by his more profane handle u/DeepFuckingValue, testified last week in a House Financial Services Committee hearing on the GameStop rally, in which he pleaded his case as an everyday investor who simply liked the stock. Late last week, Gill doubled his holdings in GME to 100,000 shares, worth at the time about $4 million, reports The Wall Street Journal.

Gill’s willingness to double down on his GameStop enthusiasm could be one factor explaining the stock rise today, but it’s certainly not the only one. GameStop’s former chief financial officer Jim Bell announced his resignation yesterday, a sudden departure Insider now reports may been less than amicable after the company’s board of directors “lost faith” in the executive. That could be fueling investor enthusiasm.

And lastly, and most inexplicably, Chewy founder Ryan Cohen — the GameStop board member whose interest in the company helped facilitate its skyrocketing stock price — tweeted a photo of a McDonald’s ice cream cone with a frog emoji for a caption. What could this possibly have to do with a new soaring GME stock price? Who knows. But at this point, I’m willing to believe anything.