Senators were sworn in as jurors to President Trump’s impeachment trial Tuesday as the Senate voted 55-45 to end debate on Sen. Rand Paul’s point of order arguing that the impeachment trial is unconstitutional now that Trump is out of office.

Senate Minority Leader Mitch McConnell, who has indicated he has an open mind on whether Trump should be convicted, voted against ending debate.

The Senate also passed its pre-trial organizing resolution 83-17, and the impeachment trial will be adjourned until Tuesday, Feb. 9, as McConnell had been pushing for.

Paul said he expected his resolution to prove there would be “no chance” of impeaching the president in the Senate.

“I think there will be enough support on it to show there’s no chance they can impeach the president,” Paul told reporters Tuesday. “If 34 people support my resolution that this is an unconstitutional proceeding it shows they don’t have the votes and we’re basically wasting our time.” 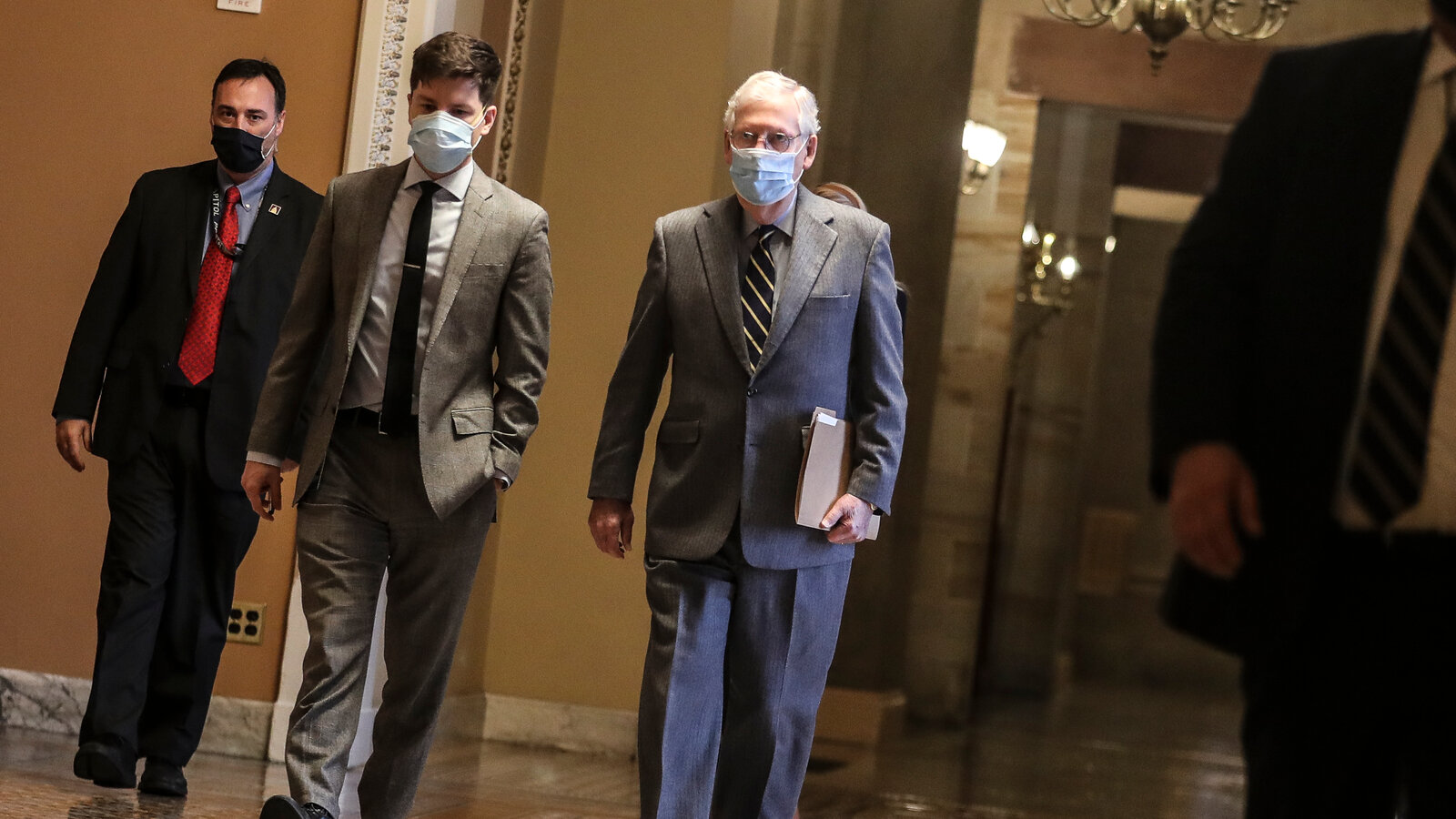 The Senate would need a two-thirds majority, or at least 67 votes, to convict the president.

Republicans have called to “move on” from impeachment now that Trump is out of office, adding that to continue pursuing the matter would further divide the country.

The Constitution says, “When the President of the United States is tried, the Chief Justice shall preside.” Chief Justice John Roberts let it be known that he would not preside over the impeachment now that Trump is no longer president.

Paul, in floor remarks ahead of the vote, claimed that the absence of the chief justice made the trial unconstitutional. The Kentucky Republican said that without the chief justice present, the trial was “not a trial of the president but of a private citizen.”

“Impeachment is for removal from office and the accused here has already left office. Hyper-partisan Democrats are about to drag our great country into the gutter of rancor and vitriol the likes of which has never been seen in our nation’s history,” Paul said ahead of the vote.

“Instead of doing the nation’s work with their new majorities in the House, Senate, and the executive branch, Democrats are wasting the nation’s time on a partisan vendetta against a man no longer in office,” Paul argued.

Paul argued on Twitter that “45 Senators agreed that this sham of a ‘trial’ is unconstitutional. That is more than will be needed to acquit and to eventually end this partisan impeachment process.”

Former White House Chief of Staff Mark Meadows predicted after the vote that the impeachment article was “dead on arrival.” He praised Paul and Republican senators for “standing up.”

Senate Majority Leader Chuck Schumer, D-N.Y., said that Paul’s assessment was “flat-out wrong” and had been “completely debunked by constitutional scholars all across the political spectrum.” The Democrat leader said that Paul had left out Article 1 Section 3, where the Constitution states that officials can be barred from holding office ever again through impeachment.

“Judgment in Cases of Impeachment shall not extend further than to removal from Office, and disqualification to hold and enjoy any Office of honor, Trust or Profit under the United States,” the Constitution reads.

“If the framers intended impeachment to be merely a vehicle to remove a president from sitting office they would not have included this,” Schumer argued.

Trump was impeached in the House after for months claiming that he won the presidential election. Trump then held a rally on Jan. 6, when Congress and former Vice President Pence were meeting to certify the results of President Biden’s win, where he pressed his claims.

Trump and his allies at that rally used pitched rhetoric — although Trump did at one point tell his supporters to “peacefully and patriotically” march to the Capitol — as they continued to make unproven claims about widespread voter fraud.

A pro-Trump mob stormed the Capitol, forcing Pence and hundreds of lawmakers into hiding, and ransacking the building.

The Senate did concede to a Republican request by delaying the trial’s start until Feb. 9. McConnell had requested Schumer allow the trial to be delayed to offer the president’s defense team “a modest and reasonable amount of additional time” to prepare a case.

Democrats embraced the delay and, in turn, will be able to dedicate the immediate weeks to confirming President Biden’s cabinet nominees.