How I Make My Favorite Japanese Food In Summer

CNN had been stone-silent about former Cuomo aide Lindsey Boylan’s sexual harassment claims for nearly 24 hours, but it finally covered the story online Thursday and led with Cuomo’s denial. It broke its on-air silence on the matter with a brief John King segment on Thursday.

Anchor Jake Tapper shared the story on Twitter and critics quickly pointed out that the framing was significantly different than the way unverified claims against Kavanaugh were covered by Tapper and his network. Gov. Cuomo, of course, is the older brother of CNN primetime anchor Chris Cuomo.

“Framing,” Stephen L. Miller wrote, noting the CNN story on Kavanaugh focused its headline on the woman accusing him of sexual assault. 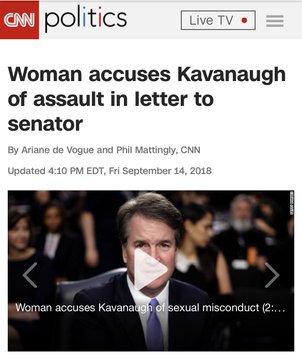 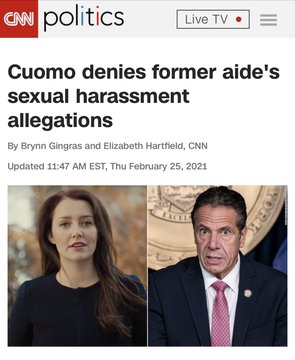 Other critics also pointed out the difference between the framing of Kavanaugh versus that of Gov. Cuomo.

“Jake Tapper/CNN ran wild with the outlandish and unsubstantiated allegations against Kavanaugh — dominating their coverage for weeks,” tweeted Fox News contributor Mollie Hemingway, who wrote a book about the Kavanaugh confirmation fight. “Noticeably different, muted approach for CNN host’s brother, even though unlike Kavanaugh case, accuser has evidence she actually knew Cuomo.”

A statement from Cuomo’s office denied the claims.

“As we said before, Ms. Boylan’s claims of inappropriate behavior are quite simply false,” press secretary Caitlin Girouard said.